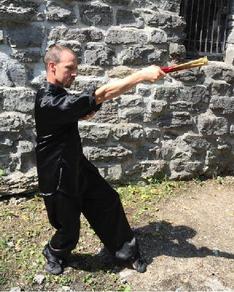 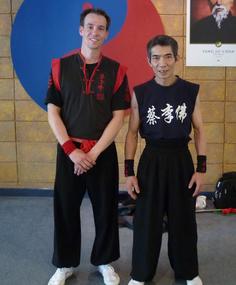 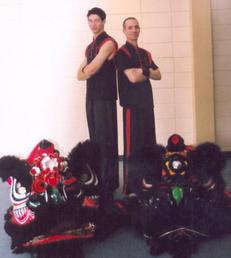 He has traveled to attend many Choy Lee Fut seminars over the years and has had the honor and privilege of training directly under Grandmaster Chen Yong Fa and alongside Grandmaster Chen Yong Fa’s Dragon and Tiger Disciples as well as fellow Kung Fu brothers and sisters. He was also fortunate enough to visit King Mui village in Guangdong Province, China, which is the birthplace of Choy Lee Fut and where the Ancestral School is located.

Sifu Dan has competed locally as well as internationally and has won numerous awards.

His training began under the tutelage of Sifu Sergio Arione with Yang style Tai Chi Chuan and Choy Lee Fut Kung Fu. While still training tai chi his main focus became kung fu and was driven from the start to train as hard and as often as possible. Since then he continues to follow the teachings of Grandmaster Chen Yong Fa, fifth generation direct descendant of Chen Heung.

Reluctant at first, Master Arione pushed Dan to start teaching, and he realized almost instantly that this was his calling and that he wanted to share this art, and to mentor others as Master Arione had done for him.

Over time and through hard work and dedication,  Dan became certified to teach the Chan Family Choy Lee Fut system under Grandmaster Chen Yong Fa, the current custodian of the System.

Sifu Dan now resides in Ottawa and is on a new journey, teaching and spreading the wonderful art that has been his passion, and brought so much into his life, with the community in Ottawa.

When will your journey begin?